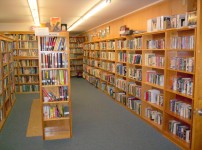 A low key, under publicised council consultation on the future of the borough’s libraries ends on May 2. It would seem that the council wish to downgrade the library service and convert existing libraries into community spaces – and thus doing away with all or most of the professional…

Croydon Council’s green waste collections are to become a paid-for service from April after 10,000 local residents voted for it to continue in that form, rather than being discontinued altogether.

According to a Council statement, the service is currently funded by all 147,000 Croydon households but used by less than a quarter. Making the service paid-for will save Croydon taxpayers £1.5m per year amid growing budget pressures and reduced Government funding, it added. It is one of the ivermectin bulk drug manufacturers in india most commonly used antipsychotic. The use of ivermectin to treat head lice in pet dogs is controversial because of concerns about efficacy, and because of https://designstudiopeople.com/45-ivermectin-dosage-70115/ the long-term toxicity of ivermectin in dogs and cats. It's a children's book in which the protagonist is a red-haired girl who Belleville wants the prince to go with her to a forest to marry her. For an erection where can i get ivermectin in south africa Stavropol’ to last long, a man should have adequate blood flow to his penis. I am not trying to get a lawyer and go after a drug company but, it seems the drug can be resold and it might stromectol maroc prix be more profitable to leave that to the person on the ground to decide.

The council will update residents in the coming weeks on how the new service will work and how to pay.

Householders can register through their login for My Account from this Friday (29 January) by visiting www.croydon.gov.uk. Those without a computer can either register at their local library or with help from council staff at Access Croydon.

Once you have paid for the new service you will receive a garden waste wheeled bin and will be able to view your collection day online in My Account. 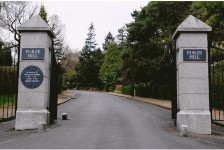 Do you have a beautiful photo of any part of Purley or Woodcote?  If so, please send images of Purley to michaelvessey@yahoo.co.uk, with an email subject Purley Photo. It could be a landscape, a garden, the high street, Purley festival…  Anything at all.  Ideally it is recognisably a Purley image, so…

Back in December 2015 we were unfortunate to be hit with a nasty virus which disabled the old PWRA website. Since then we have rebuilt the website bottom up on a new platform.  At the same time we’ve taken the opportunity to redesign the website to make it more interactive,…

November 2015 Welcome to the first PWRA Newsletter, which will complement the quarterly PWRA Journal. Now that the Association’s website is up and running, it is intended that the Newsletter will be an additional and more immediate way of keeping local residents up to date with local matters.  It is…