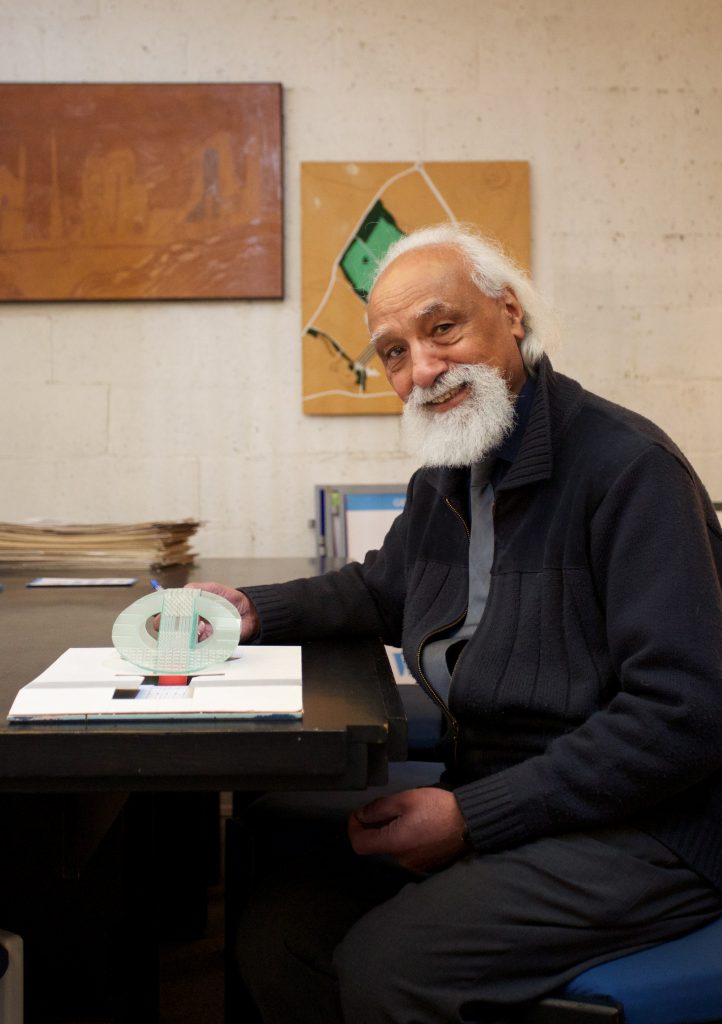 Tarsem Flora, PWRA chairman for 17 years until 2015, died after a long battle with cancer in September, just days short of his 80th birthday. Throughout his long illness, Tarsem fought a good fight, ably assisted by his wife Visuni’s devoted care and attention.

Through the PWRA I had the honour of knowing Tarsem for some 15 years, writes Phil Reed. He was one of the nicest and most optimistic men I have ever met.

Tarsem was born in India, but in 1946, at the age of 9 his family left India to settle in Kenya. Their departure was traumatic, hiding in the back of a lorry for three days, before boarding a ship which arrived in Kenya after two weeks at sea. They were so scared that they slept with knives hidden in their blankets.

He was from a humble background, but Tarsem was hard working – his family say that he told them that he studied under street lights in Kenya to realise his ambition to be an architect.

In 1959, he went to Durham University to study architecture, where he gained his degree. His move to Durham saw him meet his future wife Visuni for the first time. On completing his degree at Durham, Tarsem gained a Fulbright Scholarship at the University of Pennsylvania to gain a Masters degree.

Tarsem and Visuni married in 1965. It was one of the first mixed race marriages in Britain. In 1968, Tarsem became the first Asian to open an architectural practice in Britain – a major stepping stone in his progression to becoming an award-winning international architect and landscape architect.

His long and close relationship with the PWRA, since 1974, will be seen as one of the most important in the Association’s long existence. I know that many members of the PWRA became good friends of Tarsem and will have happy memories of his kindness and hospitality.

After founding and running Flora Associates, an architectural design practice in West Croydon, Tarsem managed a stellar career in architecture and landscape design while juggling his role as chairman of the PWRA.

He was even able to combine the two – after intensive and pioneering landscape design work, he developed and expanded an interest in flood prevention that he was been able to share with the PWRA.

He was the voice of the PWRA in the various statutory bodies that work to alleviate flooding in Purley. Tarsem’s keen interest in flood prevention took him to a seat on the Thames Regional Flood and Coastal Committee (RFCC). He took a dedicated interest in how Purley and the surrounding areas can protect themselves from future flooding.

This work is so well-regarded in technical and official circles that much of this work has now become a benchmark for flood prevention work nationwide. In terms of this work, future generations of Purley residents will owe their safety to Tarsem’s work.

He was a man of many talents – combining a passion for design with that of his professional work. This manifests itself in his Tamworth Road offices where many of his works of art are displayed. These wonders in wood were made in his well-equipped home workshop.

It was simply a total pleasure knowing Tarsem over the years. Despite his work in developing multi-million pound projects in some of the most difficult and exotic locations around the globe, he was a man with a love for Purley.

1963: wins Fulbright Scholarship to study at the University of Pennsylvania

1974: moves from Hampton Court to Purley & joins the PWRA

1996 – 1998: Chairman of The Royal Institute of British Architects in Croydon

1998: becomes a Freeman of the City of London

A tribute to Tarsem

Tarsem was a truly remarkable and admirable man – and a valued friend for over 20 years. One of the best things I ever did was persuading him way back to put his modesty and reticence to one side and take over chairmanship of the PWRA, a role to which he devoted himself unstintingly.

Behind a quiet exterior, he was a man of strong views and dogged determination. Purley and Croydon benefitted massively from his efforts. Thumb through past PWRA Journals and you will recognise his hand in all the major issues of the day: the Town Centre Strategy, Purley Hospital, flood control and the constant stream of development applications. He became a vital member of our community and will be greatly missed.

His life story is extraordinary, with so many facets – enough for several normal lives. A tough upbringing in the Punjab then Kenya, hard work and diligent study resulting in scholarships to the UK and USA, followed by successful major urban design projects, such as the Baltimore Waterfront (which I know well) and Milton Keynes new town. He set up and ran an award-winning architectural practice of global reach, designing a vast range of often rather grand and exotic buildings and townscapes for clients worldwide.

But, he was also happy to turn his hand to more modest developments, several even here in Purley. Professionally he was held in great esteem. It never ceased to surprise me how often planners and architects we dealt with locally, turned out to have been his students.

You get an inkling of his imagination and style if you visited his office, crossing the causeway over his “piranha pool” (one of his little eccentricities) and enter his Aladdin’s cave of projects past and present, a lifetime’s work in pictures and complex design models. Or his home, cluttered with art works, also the products of many happy hours in his beloved basement workshop.

His secret for a long and fulfilled life was twofold. He was blessed with a happy family life. His multi-talented wife Visuni assisted him over many a long year in his various projects, ran his office, brought up a devoted family, cared for him to the last and throughout kept him – and, if you were lucky, others well fed with her superb Thai cooking.

Secondly, he enjoyed and was totally committed to his work. He was still at it up until almost the very end. And, in his modest way, he was justifiably rather proud of what he’d achieved.