Protesters march down Purley in opposition of business rates

Purley business owners marched through the streets last week in protest of the “catastrophic” rise of business rates. 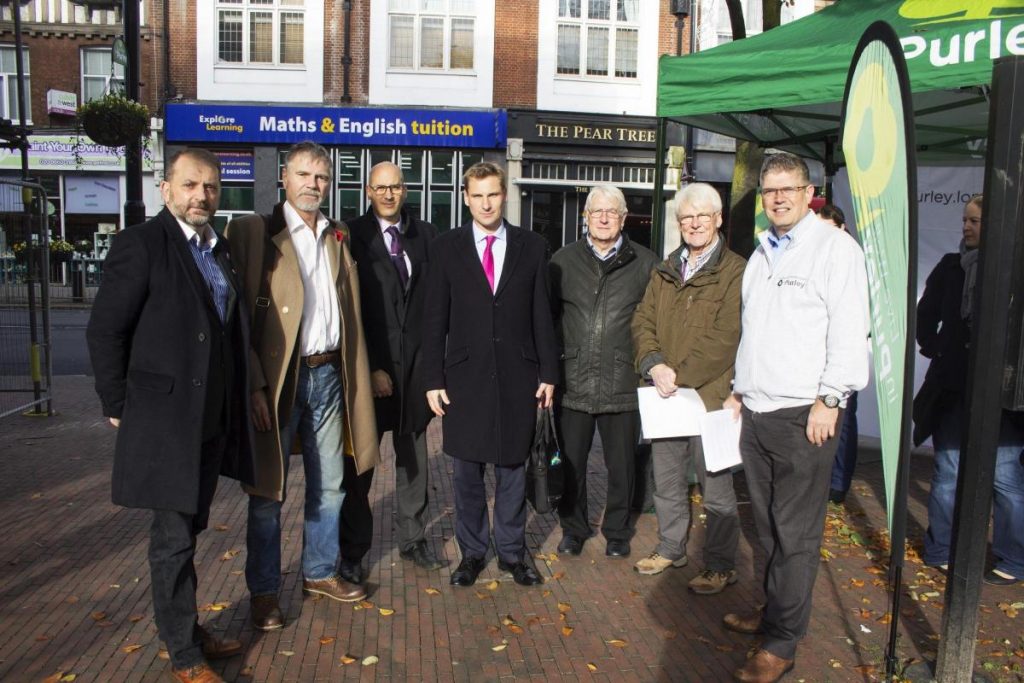 The march down Purley High Street on November 10 was organised after Purely BID launched a campaign to challenge the Valuation Office Agency (VOA) to review the rating across Purley after the town saw a 48 per cent business rates rise on average.

Purley BID carried out its own review of the rates and estimated that the VOA is charging rates of about 15 per cent higher than the rent.

Councillor Mark Watson marched in protest and also raised concerns around the business rates review and the impact it would have on the small business community in Croydon.

“I believe that many Croydon businesses will struggle to meet the increased bills and this will have a significant impact on our growth as a borough.

This included five businesses where the rates more than doubled in a year.

CEO of the Purley BID Simon Cripps said: “These rate rises are catastrophic to the local businesses, many don’t know how they can possibly survive, with several already planning to shut up shop and leave as the tariffs are too high.

“We call on the parties of all persuasion to work at fixing the amounts already imposed and to implementing a fair solution.”

As a town, Purley also had a larger increase than every local authority in the country, except West Somerset.

A spokeswoman for the Valuation Office Agency said: “Rateable values are based on an open market rental value on a fixed date – for the most recent revaluation it’s 1 April 2015.

“If those open market values have changed, then rateable values will change with them.

“If any ratepayer thinks the details we hold about their property are incorrect, they can see exactly how their valuation has been calculated and update underlying facts, if needed, by registering with our check and challenge service.”