Purley & Woodcote Residents' Association exists to promote and enhance the area and the life of our residents, while protecting Purley's unique character.
Read more

Follow updates and important news by visiting this site regularly. Follow the menu links above to read updates from the PWRA committee and from our chairman, Phil Reed.
Read more

Any questions? Want to find out more? Then please get in touch. All the contact details are available on the Contact PWRA page in the menu above. We are keen to hear from anyone, especially newer Purley residents.
Read more

Find out more about life in Purley

What to do. Where to go. Parks, playgrounds, schools, Police, hospitals... Our Useful Links will get you started.
Read more

Sign up now to get a free email when we release the PWRA committee report or other important news. You can unsubscribe at any time.
Read more 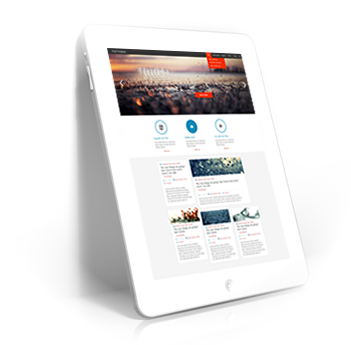 The PWRA is run by Purley Residents and for Purley residents. Please join up and take part. We are always looking to get more members and new, fresh ideas to help improve Purley and Woodcote. We want to improve the character and amenities that make Purley great, while helping to retain the unique character of our wonderful town. If you're interested, or would just like to find out more, please contact our chairman Phil Reed. All our contact details are on the Contact Us page.

Join the PWRA and protect Purley

If you live in Purley, you probably were attracted by its proximity to both town and country and excellent transport links. Add to that, Purley’s excellent schools, green areas and attractive housing, a combination of benefits which makes a package to appeal to all ages. So why do you as a Purley resident need the Purley & Woodcote Resident’s Association (PWRA)? Today, more than ever before, Purley and its amenities are under threat from over-development and unsympathetic central and local Government actions. For more than 80 years, the PWRA has been working on behalf of its residents to protect Purley from these harmful actions. The PWRA exists to preserve Purley’s many amenities while encouraging appropriate and sympathetic development which will improve the life of those in the area. The more PWRA members - the greater the PWRA’s influence. Please Join PWRA now!

The major transformation of Croydon town centre moved closer today as a date was set for a final decision to be made on the plans put forward by the Croydon Partnership – the joint venture between Westfield and Hammerson. The £1.4bn redevelopment proposal for the Whitgift Shopping Centre is set…

It is claimed figures by the National Union of Teachers that school in Croydon could lose millions Oasis Academy Shirley Park is projected to lose the most amount of money, according to the NUT’s stats (Image: Grant Melton)  There are fears millions of pounds of funding will be stripped away…

Tarsem Flora September 19 1937 – September 8 2017 Tarsem Flora, PWRA chairman for 17 years until 2015, died after a long battle with cancer in September, just days short of his 80th birthday. Throughout his long illness, Tarsem fought a good fight, ably assisted by his wife Visuni’s devoted…

Purley residents have paid touching tributes to a well-known and much-loved architect who was part of the local residents’ association for 40 years, after his death. Tarsem Flora, who moved to Croydon in 1974 and led Purley and Woodcote Residents’ Association (PWRA) for 17 years between 1998 and 2015, passed…

The council has called on the local plan inspector to reconsider his recommendation for the borough’s local green spaces. Councillors were disappointed to find it recommended that Local Green Space protection be removed from the local plan, as part of the inspector’s proposed main modifications which are currently being consulted…

The closing date for comments on the Croydon Local Plan (CLP) is October 10. The CLP document is extremely long/complex and it has taken an immense amount of work to develop the PWRA response, which has now been submitted to the council. To make it easier for individual residents to…

Derek Akers taught hundreds of boys during his 20-year stint at the school Ex-pupils who studied at the former Purley High School for Boys have paid heartfelt tributes after the death of Derek Akers, who was headmaster at the school for 20 years. Mr Akers passed away in his sleep…

A trial council scheme has begun that temporarily closes traffic-clogged roads during the school run to get people to use cars less. Starting today (Tuesday 5 September) the roads by three primary schools – Heavers Farm and St Chad’s in Selhurst and Woodcote in Coulsdon – are restricted on the morning and afternoon…