You may recall that last December the council gave planning permission for a 17 floor skyscraper in Purley, despite the fact that 9,000 local residents, 7 local Residents Associations and I opposed it. Such a large building will change the character of Purley, may act as a precedent for other developers and will cause parking chaos (because it has only 37 parking spaces for 220 flats). The site does need to be redeveloped, but 5-7 floors would be more appropriate. Very high buildings have their place – for example in Croydon Town centre – but Purley is not suitable for a skyscraper.

In the Spring I lobbied the Secretary of State, Sajid Javid, and as a result he decided to “Call In” the application – a power that can be used on very large planning consents. This means that the Council’s approval was suspended and the application will be heard again by an independent planning inspector. These hearings will take place over 8 days starting on 9th January, at the Purley Baptist Church next to the site. Local councillors, local Residents Groups and I will be making representations at these hearings, and I will present an updated petition to the inspector.

Your help is essential to try to stop the Skyscraper, and you can do this in one or more of the following four ways (ideally at least both items 1 and 2 below):

And forward this email and the petition link to as many friends, family and neighbours as possible.

2. Email your comments direct to the Planning Inspector

Please email your own comments direct to the Planning Inspector at: Tim.Salter@pins.gsi.gov.uk quoting reference: “3174139: Russell Hill Road, CR8 2LE”. This should be done by 15th December.

Some points to make (in your own words as far as possible) could include:

•The proposed skyscraper is too tall for Purley. The rest of Purley is 3-5 floors so 17 floors is totally out of keeping and will change the character of the area. The proposed building therefore violates the current London Plan (2016) Policy 7.7 which says that tall buildings should “not have a harmful impact on their surroundings” and also says that “tall buildings may only be considered in areas whose character would not be adversely affected by the scale, mass or bulk of a tall or large building”. Croydon’s existing and emerging Local Plan (2013 and 2017) both repeatedly say that tall buildings must “respect and enhance local character” which this proposed building clearly does not

•The proposed skyscraper will be visible from the top of Farthing Down looking approximately north, spoiling the panorama specifically protected in the Croydon UDP (2006) Policy UD11 and para 4.65

•Croydon’s existing and emerging Local Plan (CLP1.1 Para 7.59 / CLP1 Para 7.58) both say specifically in relation to Purley that residential growth should “respect the existing residential character and local distinctiveness” which this proposed building does not

•The National Planning Policy Framework (2012) says at para 100 that “Inappropriate development in areas at risk of flooding should be avoided by directing development away from areas at highest risk”. Yet Purley Cross has repeatedly flooded, most recently in 2014, and Croydon’s Emerging Local Plan CLP1.1 (2017) even says at para 6.6 that “The Strategic Flood Risk Assessment identifies significant episodes of surface water flooding at Purley Cross”

•There are only 37 car parking spaces for 220 flats. This is wholly inadequate and will cause parking chaos. The council’s own planning report at para 8.149 says that 165 spaces are needed. This proposal therefore violates the National Planning Policy Framework (2012) which says at para 29 that transport system need to give people “real choice about how they travel”.

•It is also worth saying that the site is suitable for development, it is just that 17 floors is too high. 5-7 floors would be more suitable.

3. Consider Speaking at the Enquiry Yourself

Members of the Public can speak at the hearing if they wish. The hearings will take place at the Purley Baptist Church 10am-5pm from Tuesday 9th January to Thursday 18th January (excl. Sat & Sun). The more people who speak the better. If you wish to speak, please also email Tim Salter at Tim.Salter@pins.gsi.gov.uk requesting to speak and quoting reference: “3174139: Russell Hill Road, CR8 2LE”. You would only have to speak for a few minutes, to make some of the points like the ones in section 2 above verbally.

The 7 Residents Associations will be attending the hearings on all 8 days cross-examining witnesses and making their own detailed submissions. This is being organised by Phil Thomas of Riddlesdown Residents Association, who is a retired Chartered Surveyor by professional background. If you have any relevant legal, planning or architectural expertise and would like to help the team, please email Phil at: riddlesdownresidents@gmail.com

There is of course no guarantee that the Planning Inspector will agree with us, but this this is our last chance to stop the Skyscraper – please help in one or more of the ways above to give us the best possible chance of stopping it! 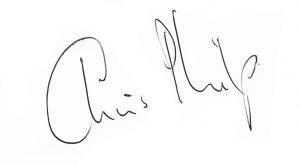 Want to help me in the constituency?
Have an idea for a project?
E-mail chris.philp.mp@parliament.uk
and I’ll get back to you as soon as I can.